Join us for a 6 hour Islamic Cairo tour and discover the Islamic heritage of Egypt’s vibrant capital in comfort and style with your own private guide and driver. 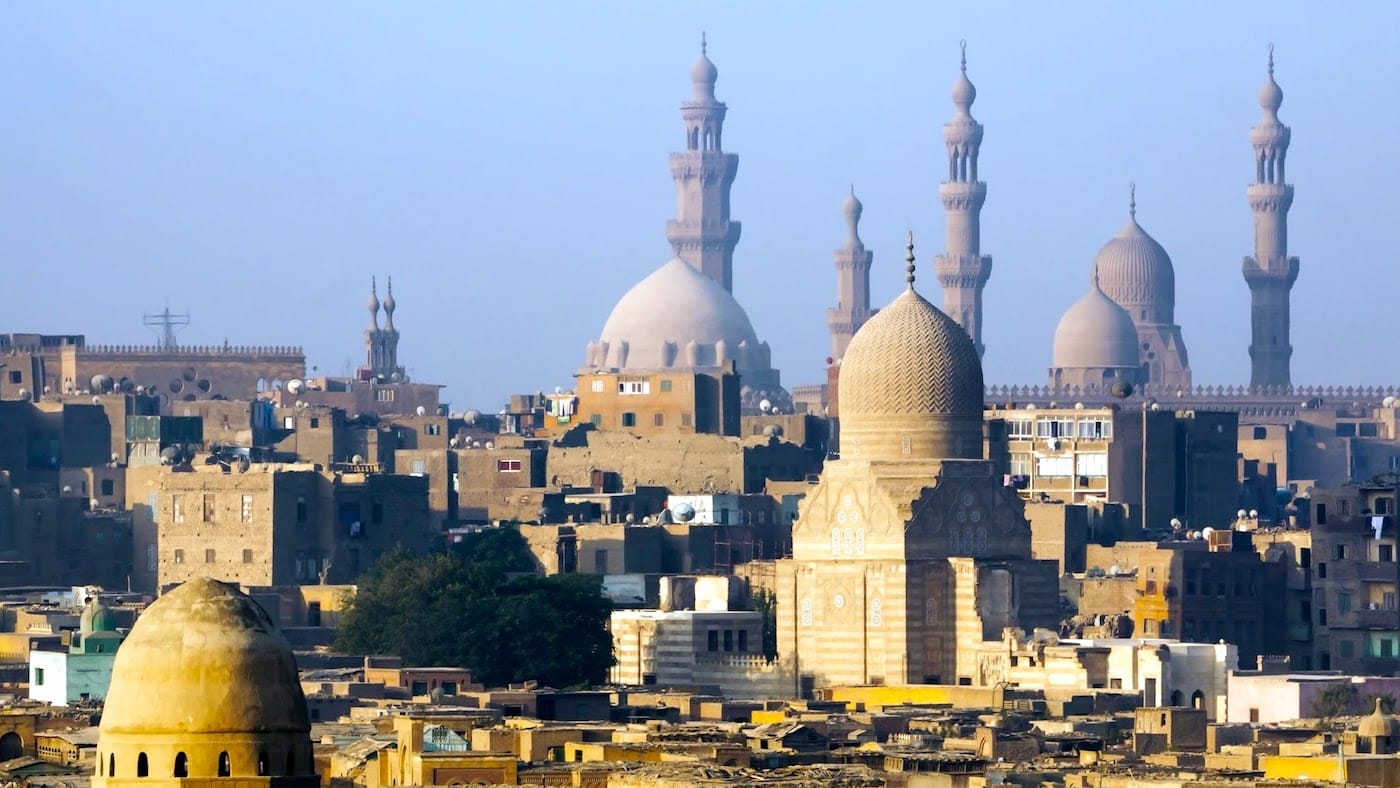 Your guide meets you at your hotel in the morning and then you head to El Azhar Park, right in the heart of Old Cairo. Since most of the places featured in our Islamic Cairo tour are in close proximity to each other, your mode of transport today will be a golf buggy.

Your first stop todays will be at Bab Zuweila which is one of the old city’s original gates that once helped to defend the city against invaders. After a brief stop at the gate, we then visit several different mosques that were built during the 14th century, including Abu Hariba Mosque which is pictured on the Egyptian 50 pound note.

During your tour, you will also visit Bayt Al-Razzaz, a medieval palace before moving on to Aqsunqur Mosque which is also known as the Blue Mosque of Cairo. From here you will head back to El Azhar Park where you will watch a short video before having lunch at a very good restaurant in the park. Enjoy your meal, and then you will be taken back to your hotel.

NOTE: For pick up and drop off in either Heliopolis or 06th of October areas, there is supplement fee of 10$ per person.

⇒ Your own private expert guide & vehicle
⇒ Your schedule, your budget, your tour
⇒ Explore the best of Egypt your way

Prices for our Islamic Cairo tour are quoted in US$ per person, and are valid until the 30th of April 2023.
Get Exact Price Quote