Discover the timeless magic of Jordan with an epic 5-day Best of Jordan Tour. Visit Jerash, the ruins of an ancient Roman city, then head to the Dead Sea to float on water. Ascend Mount Nebo where Moses was shown the Promised Land, then explore the breathtakingly magnificent Lost City of Petra. Enjoy all this and more in absolute comfort and style. Book your dream trip to Jordan now. 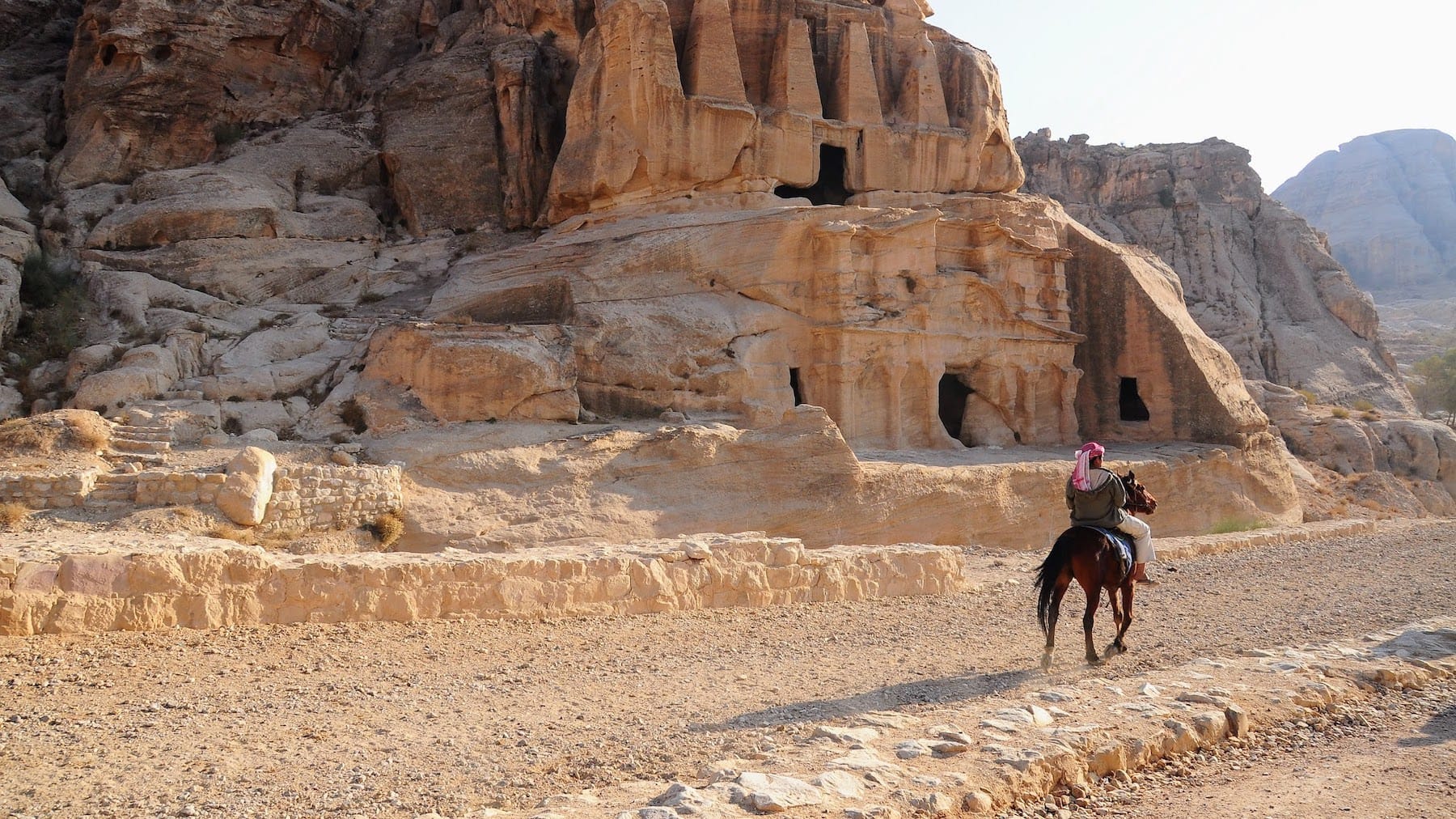 DAY 1 – Arrive in Amman for your Best of Jordan Tour

Our tour representative meets you at the airport in Amman when you arrive for your 5-day best of Jordan tour, and then he transfers your hotel in a private air-conditioned vehicle. When you get to your hotel, he will get you checked in and then confirm pick-up times with you for your various tours. After this, you are left to enjoy the rest of your first day in Jordan as you wish.

Today you will be fetched from your hotel at the confirmed time, and then you will head to Jerash. When you get to the site, you will meet up with a local English-speaking guide who will then give you a detailed tour of the ruins of this ancient Greco-Roman city.

Features such as the colonnaded street, Oval Plaza, the Nymphaeum, and the Temple of Artemis are testament to just how grand this city once was. Today, Jerash is considered to be the finest example of Greco-Roman architecture outside of Italy.

After your tour at Jerash, you then drive to the Dead Sea for an afternoon of leisure. On arrival, you will be taken to check-in at your hotel, and then you will have the rest of the day to yourself.

The Dead Sea is the lowest place on earth. It is famous for its incredibly salty water that make it possible for people to float effortlessly on the surface. The high salt and mineral levels also mean that it cannot sustain any form of life, hence the name, Dead Sea.

Go floating on the water, enjoy a Dead Sea mud spa treatment, or simply relax and unwind at your hotel.

Today our best of Jordan tour takes you to Petra to see one of the world’s most breathtaking archaeological attractions. Check out from your hotel after breakfast, and then you will drive to Petra for a private guided tour of the rock-cut Lost City of Petra.

When you get to the site’s visitor center you will meet up with you English-speaking guide and then you will make your way to the Siq (canyon entrance on horseback. From here, you proceed on foot, covering a distance of approximately 1,200 meters.

Also known as the Rose City of Petra, the city was founded the Nabateans during the 6th-century BC. The Nabateans, who were a nomadic tribe, decided to settle in the area and set up a major trading hub. For this, they chose a long and deep rock gorge. They then proceeded to carve their city out of the canyon walls.

After your tour, you meet up with our tour representative and driver, and then you will be taken to check-in at your hotel. This night of our Best of Jordan Tour is spent at a hotel in Petra.

After breakfast you check-out from your hotel in Petra and then you drive south to Wadi Rum which was made famous by the movie, Lawrence of Arabia. When you reach Wadi Rum, you will head to a delightful Bedouin campsite to. Enjoy a bit of free time for yourself, and then enjoy a two-hour tour of Wadi Rum in an open Bedouin truck.

Wadi Rum is famous for its breathtaking vistas and moonscape appearance. Enjoy the last night of your Best of Jordan tour at the Bedouin camp at Wadi Rum.

Enjoy breakfast at the camp, and then our tour representative and driver will transfer you to the airport in Amman in time for your flight home. Having enjoyed one of the very best Jordan tours, you will be boarding your flight out of Jordan with memories that will last a lifetime.

Included in Your Best of Jordan Tour Itinerary

Not Included in Your Best of Jordan Tour Itinerary

Prices for our Best of Jordan Tour are quoted per person in US$ and are valid until the 30th of September 2022, except during the Easter, Christmas and New Year holidays. Discounted rates for children. Contact us for an exact price quote.
Get Exact Price Quote