When is the best time to visit egypt and jordan? 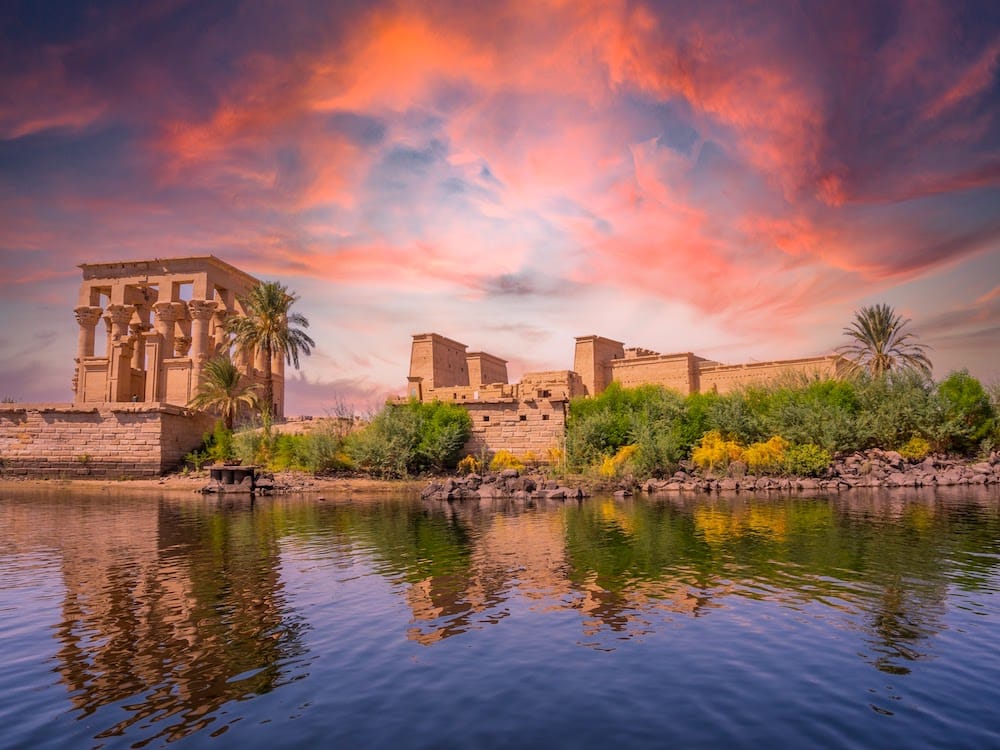 When is the Best Time to Visit Egypt and Jordan?

Egypt and Jordan both have a reputation for being very hot countries. While this reputation is well deserved, it does not apply all year round. There are times when the weather is surprisingly cool and mild, with the nights being positively cold. Many people would say that this is the best time of year to travel to Egypt and Jordan. However, this is also the most expensive time to visit.

If you are ready to brave the really hot weather seen during the summer months, then your trip is certainly going to cost you less. You will also encounter far fewer tourists.

At the end of the day, much depends on a person’s travel style, their priorities, their schedule, and of course, their budget.

Let’s take a closer look at the various seasons and what they mean for travelers visiting these two remarkable countries:

In Egypt and Jordan, summer starts at the beginning of June and ends at the end of August. This is a great time to find cheap travel deals. However, if you choose to visit at time of year, expect very hot weather with daytime highs of up to 105F (40C).

If you are going to visit during the summer months, we highly recommend that you book a package holiday through a reputable and experienced travel company. In this case, your tour package should include all transfers and transport to the various archaeological sites in clean and modern air-conditioned vehicles.

Having your own private air-conditioned transport is far better than you having to wait around in the heat for buses or trying to flag down taxis. You won’t find much shade at the various archaeological sites but at least you will be cool and comfortable while traveling to them.

Another advantage of visiting at this time of the year is the lack of tourists. This can make for a much more rewarding sightseeing experience. For example, if you want to see inside Tutankhamun’s tomb in the Valley of Kings on the West Bank near Luxor, you will almost certainly be able to. By contrast, if visit during the high season, it is almost impossible to see inside his tomb due to the hordes of tourists.

So, if low prices and fewer tourists are important to you, then summer may in fact be the best time to visit Egypt and Jordan. However, visiting during the hottest months of the year is not recommended if you are hoping to visit and explore desert regions like the Western Desert in Egypt and/or Wadi Rum in Jordan.

Could this be the best time to travel to Egypt and Jordan? Let’s take a closer look. In terms of tourism, September is typically seen as being the last month of the low season, with October being the first month of the high season.

For some people, the weather in September may still be too warm, but daytime highs have started to come down. It is no longer excessively hot or unbearably hot. Also, because September is considered to be part of the low season, you can still benefit from lower prices. You can also still find many fantastic hotel deals. Everything relating to tourism is cheaper during the low season, and especially in Egypt. September is your last chance to take advantage of these lower prices.

Temperatures are even milder in October, but being the start of the high season means that tour prices and hotel prices have now gone up. If you don’t mind paying a bit more for your vacation, October and/or November may be the best time to visit Egypt and Jordan. The reason for this being that you get to enjoy lovely weather and comfortable temperatures while at a time when there are still very few tourists arriving.

This is the peak season in Egypt and Jordan. For many people, this is far and away the best time to visit Egypt and Jordan. However, because it is such a popular time to visit, expect to encounter plenty of fellow travelers when visiting popular tourist sites like the iconic pyramids near Cairo or the many ancient sites in Upper Egypt such as Karnak, Valley of Kings, and the rock-cut temples of Ramses II at Abu Simbel.

In Jordan, on the other hand, you are likely to only encounter a large numbers of tourists at the most famous sites such as the Petra Archaeological Park and quite often at the Dead Sea. The Dead Sea in Jordan has grown to be one of the country’s major sites, along with Jerash and Wadi Rum. In fact, most of our own Egypt and Jordan tours also include a day trip to the Dead Sea.

So, how about the weather at this time of the year? Contrary to what many people believe, it is not always very hot in Egypt and Jordan. The winter months can actually be surprisingly cool, and the evenings downright cold.

For example, daytime temperatures in much of Upper Egypt hover around the 74F (23C) mark and they drop as low as 44F (7C) at night. Anyone who has been to Amman at this time of year before will tell you just how cold it can get at night.

As we have mentioned, many people feel that winter is the best time to visit Egypt and Jordan. Just remember to pack in some extra layers of clothing if you decide to visit at this time the year.

By the time March arrives, the peak travel season has past. Most tourists have left and gone home, and daytime temperatures are slowly rising. However, the weather in March and April is still pleasantly mild and you can still enjoy cooler temperatures. Many people will find the weather to be pleasant, even in May.

If you are hoping to spend some time in one of Egypt’s or Jordan’s desert regions, such as the great Western Desert or even Wadi Rum, then this might be the best time to visit Egypt and Jordan.

When is the Best Time to Visit Egypt, Israel and Jordan?

Israel’s climate may not be identical to that of Egypt and Jordan, but is very similar. The information already provided above also applies to visiting Israel. You can use the same information to decide when the best time to visit Israel, Jordan, and Egypt is.

With our own Egypt, Jordan and Israel tours, Israel usually features towards the tail end of our itineraries.

Visiting Egypt and Jordan during Ramadan

Depending on your views and travel style, Ramadan might not be the best time to visit Egypt and Jordan, as a non-Muslim. Ramadan is also known as the Holy Month and/or the Month of Fasting. During this time, Muslims fast during the day and also attend multiple prayer sessions daily. When it is time for prayer they shut their businesses and they go to a mosque to pray.

With Egypt and Jordan being Muslim-majority countries, this means that many shops, restaurants, cafes and other small businesses shut during prayer times. Non-Muslims are not expected to fast, and some restaurants remain open, but for some tourists, all the closures may be disappointing and/or even frustrating.

Sale and Consumption of Alcohol

In Egypt and Jordan, all non-Muslims are allowed to drink alcohol, including non-Muslim Egyptians Jordanians. However, during Ramadan, only foreigners can be served alcohol.

When is the Best Time for a Nile River Cruise?

Any time you visit Egypt is an ideal time for a Nile River cruise. In fact, most of our pre-packaged Egypt and Jordan tours include a cruise on the Nile. Be aware that some cruise ships don’t operate during the low season, although most operate year round.

Save Money by Booking in Advance

Once you have decided when the best time to visit Egypt and Jordan is, we recommend booking your flights and your tour as soon as you possibly can, rather than hoping for cheap last minute travel deals.

By booking your flights well in advance you can save a considerable amount of money. The same applies to booking hotel rooms and/or booking Egypt and Jordan tour packages.

To recap, if cooler temperatures and comfortable weather is very is very important to you, then the best time to go to Jordan and Egypt would be during the high season from October to April.

On the other hand, if lower prices and fewer tourists are more important factors, the low season from May to September would be the best time to visit Egypt and Jordan.

POPULAR TRIPS OF EGYPT AND JORDAN