Where Not to Visit in Egypt

With more than 200,000 tour packages already sold, you can be sure that we have the expertise to craft tours that includes ALL the places you definitely want to visit in Egypt while staying safe. Start planning today. 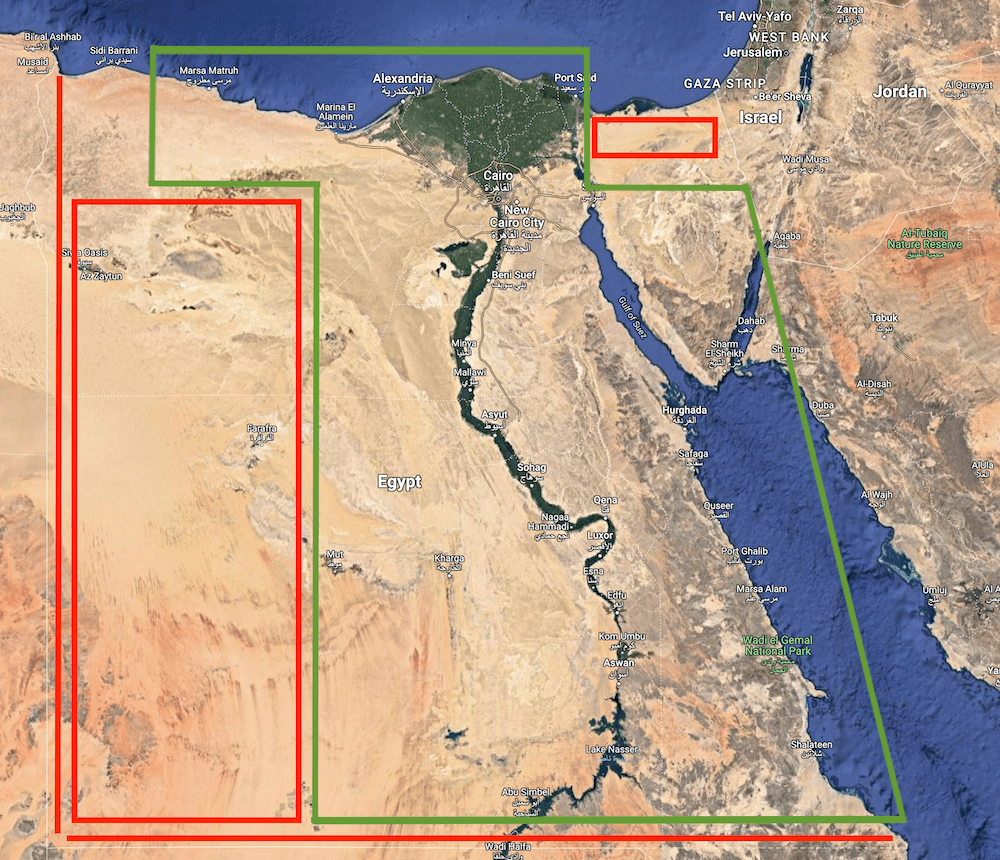 Where Not to Visit in Egypt

While Egypt is a safe destination for tourists to visit, there are certain areas like North Sinai which are best avoided. Find out where not to visit in Egypt in this short and candid post.
The majority of people who visit Egypt spend most of their time visiting major tourist sites like the famous Giza Pyramids, Karnak Temple, Hatshepsut Temple, and the rock-hewn temples of Ramses II at Abu Simbel. These are all located in or near major cities, all of which are deemed to be very safe for tourists.

Certain activities which are available in the country, such as SCUBA diving, snorkeling, and desert safaris can make your visit to Egypt an even more incredible experience. While SCUBA diving and snorkeling at or near a coastal resort town like Hurghada or Sharm El-Sheik don’t pose any risk, the same cannot always be said of desert adventures.

Let’s take a closer look at where not to visit in Egypt, and why you shouldn’t visit.

Times when Tourists Should be Extra Vigilant

Every year there are certain dates which mark different significant events in Egypt, and during these times a little bit of common sense can a long way in helping you to avoid unnecessary trouble. For example, during the week-long Orthodox Easter, you should consider avoiding large crowds, including large religious gatherings in or around churches and/or mosques. The same advice also applies to the following dates:

The risk to the personal safety of tourists during the above times is minimal, but it is still advisable to be extra vigilant, especially in very crowded areas, including major tourist sites.

Where Not to Visit in Egypt and Why

While most of Egypt is safe for travelers to explore and enjoy, there are certain places and regions that are not deemed to be safe for tourists:

Under no circumstances should visitors travel to areas near to the Egypt-Libya border. The official advice is to get no closer to the border than 50 kilometers. The same advice applies regarding Egypt’s border with Sudan.

The Western Desert in Egypt

In the not too distant past, if you had enquired about where not to visit in Egypt, you would have seen no mention of the Western Desert. The Western Desert is home to some remarkable and absolutely breathtaking tourist sites, including many ancient ruins and an abundance of natural splendor.

In the past, desert tours and oases tours were very popular among tourists. These days, a lot of reputable tour companies which once offered desert tours no longer offer them due to safety concerns. Visitors should, at least for the time being, avoid visiting places like:

Not all tour operators have put their desert tours on hold, but most of the more reputable and more experienced ones have.

Any online search regarding where not to visit in Egypt will reveal that travel is not recommended in Egypt’s Sinai region. However, the Sinai region consists of South Sinai and North Sinai, and while the entire Sinai Peninsula is considered to be an unsafe destination for tourists, the north is more risky than the south.

Several countries, including the United States and Canada have issued Egypt travel advisories that warn their citizens against travel in the Sinai Peninsula due to an ongoing threat of terrorism.

Sharm El Sheikh is an Exception

The only exception being the immensely popular coastal resort town of Sharm El-Sheik, and nearby areas including:

Sharm El-Sheikh is an extremely popular tourist destination, and the Egyptian government wants to keep it this way.  Following the 23 July 2005 terrorist attacks, security in the area was significantly strengthened. A physical barrier was also later created in order to stop any possible future attacks. No major terrorist attacks have occurred since.

To travel in the rest of Sinai, tourists have to apply for a special permit, and even then, travel to certain areas in the Sinai may only be possible with an armed escort.  Some areas may also be completely off limits due to ongoing military operations.

When traveling in the Sinai Peninsula, and especially in the very remote areas, the risk of encountering bandits and/or armed groups increases substantially.

Let Your Trip to Egypt be a Positive Experience

By staying away from the Sinai Peninsula (excluding Sharm) and by being extra vigilant at certain times of the year, you can have an amazing time without having to worry about your safety. And, for even greater peace of mind, one should also consider getting good travel insurance prior to visiting Egypt, or to any other country, for that matter.

Explore Egypt (and Jordan?) your way by selecting only the attractions you want to visit